On your course, we’ll talk to you as a person, not as part of a group. We’ll deal with your worries on a personal level and to make sure you’re entirely happy, you can have a top-up course FREE of charge whenever you want it. And our support continues after you’ve left us, you can call, email or chat on messenger…we are here for YOU. We’ll answer every question you ask because we know that answers are vital to overcoming your fear of flying. To us, you’re a person, not a booking, and with only four people on your course, you’ll have the chance to ask as many questions as you need to ask, and we’ll answer them.

THERE’S NOTHING TO LOSE AND THE WHOLE WORLD TO GAIN


On our June and Jul and Jul 13th course we discussed

On Saturday 27th October 2018 we discussed

In March, April, May, June, July August and September 2018 we covered everything!

In February 2018 we discussed

On the 30th March course we discussed these subjects, and a whole lot more too.

Remember there will never be more than five people on your course. We will answer all of your questions. Despite all the bragging about their success rates from our competitors, there is absolutely no way that they can match the personal attention we can give you. You will leave our course with knowledge confidence and strategies to deal with all your flights … including the one that brings you back home after your holiday!

On the Sat 27th April fear of flying course we laughed and learnt about ...

On Sunday 28th April we talked about and learned to deal with ...

On Saturday 25th May we chatted and chuckled about ...

On the Sat 29th June fear of flying course we smiled, laughed and discussed

On subsequent courses thru' this year we have chatted and learned about ...

On 23rd February we had a great day and discussed ...

On 16th August it was a bright sunny day and we discussed ...

On March 28th 2016 we drank lots of tea and coffee lunched and understood ...

We discussed these things in the rest of 2016

And in January and February 2018 so far we've talked about

And this isn’t all, you can operate the passenger door and you can sit in the cockpit. You can how much or how little we move the controls in turbulence, operate the reverse thrust levers and set the flaps. Sit in the cockpit and let Captain Keith take you thru’ the takeoff and landing procedures.

… and don’t forget, that on your course we discuss and explain the things that YOU  want to talk about. We don’t tell you how you should behave or think because each person is different, but we help you to find the strategy and the knowledge that is important and useful to you. The sooner you book this course the sooner you’ll be flying and remember you can come back for a FREE top-up course anytime you need to. And if the course doesn’t work for you we’ll give you your money back. 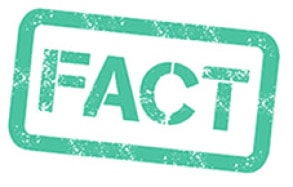 Ask Virgin, British Airways or Easyjet if they’ll offer you that? They can’t of course because we do this for different reasons … we want your success, not profit. You’ll see that the same subjects are of concern to people and you’ll also see there are some subjects that only come up occasionally. This is evidence that our courses are designed to help the needs of individuals. This is the only way to address your fear of flying and develop a long term strategy to deal with your fear. It’s worth saying again we don’t do tree hugging, trickling water or jumping up and down waving and ‘connecting’. We do what works. Here are a couple of edited videos that we use during the course. 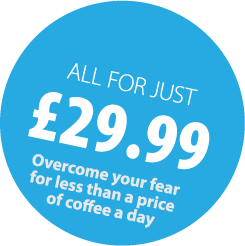 You have 0 items in your cart
Your shopping cart is empty!
Visit our shop